Elkhart, Ind. (June 27, 2022) – The Reveal The Hammer Outlaw Late Model Tour made its first trip to Ohio, and the stout field of competitors did not disappoint the wildly excitable crowd at Lorain County Raceway Park. Steve Needles made it two in a row as he charged through the field and held off a very determined Mark Shook to win the Hammer Down 100.

The evening started with Steve Needles taking the Allstar Performance Quick Time with a lap of 13.752 seconds. The time edged out Mark Shook who stopped the timer with a 13.775 lap. This tight battle for the top spot would carry later into the feature.

The 100-lap feature saw the top ten qualifiers inverted for the start. This saw Needles and Shook start from the fifth row. The race started with Ohio racers John Sandquist Jr.,  Bud Perry, and Jesse Adams battling it out for the lead.  On lap 20 an incident heading into Turn One put several cars on the wrecker. After a red flag stoppage to clean up the track, the field when back to racing. At this point Needles was near the tail of the field with Shook a couple of places up in the running order.  Eventually the two made it to the front of the field. With Mark Shook out front, and Needles tucked in behind the leader.

Just past halfway, Needles made his move to take the top spot, but Shook wasn’t done. With ten laps to go, Shook was back on the rear bumper of Needles. On the final lap Shook made one last try and came up about six feet short of the win. At the checkered flag it was Steve Needles with the win, Mark Shook second, and Jesse Adams landing on the final spot on the podium.

“We had a strong field at Lorain”, noted series director Rich Mersereau. “There was great racing throughout the night, and we nearly had a photo finish. Can’t wait to see what happens at the next stop at Birch Run.” 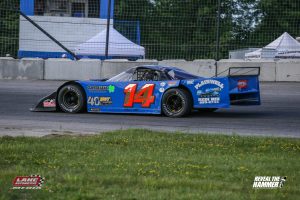 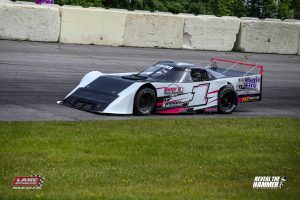 Next stop on the 2022 Reveal The Hammer Outlaw Late Model Tour is the Dixie Classic at Birch Run Speedway on August 12. 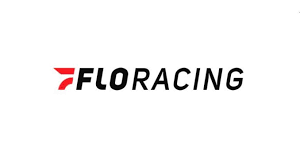