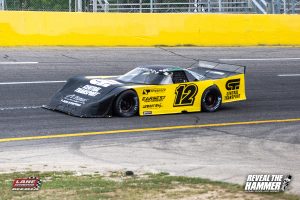 Elkhart, Ind. (June 11, 2021) The midweek show at Berlin Raceway did not disappoint as Middleville, Michigan resident Brian Bergakker took the Round 3 win. The familiar yellow #12 Outlaw Super Late Model had all cylinders firing the moment the team unloaded the trailer.

As mentioned, Bergakker was well prepared as he took the Allstar Performance Quick Time with a lap time of 15.091 seconds with an average speed of 104.486 mph. The speed was nearly one mile per hour faster than number two qualifier Steve Needles.

The start of the 100-lap feature saw the top-8 qualifiers inverted making for some exciting competition for the large crowd at Berlin Raceway. The first fifteen laps saw polesitter #88 Trevor McCoy lead the field until #4 Adam Terry took control. The next forty-five laps saw Terry in lead until #12 Bergekker made a great move to take the top spot. The remainder of the race saw Bergekker out front taking the win. Second place went to Steve Needles with Shawn Armor completing the podium.

The next stop on the Reveal The Hammer Outlaw Super Late Model Tour is Friday, June 11 at Birch Run Speedway in Birch Run, Michigan. 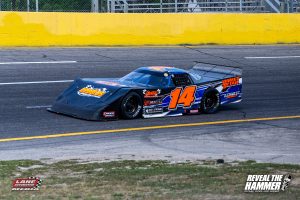 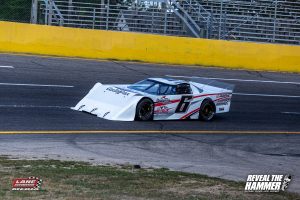 A touring series designed to support Outlaw Super Late Model competitors looking to compete at a variety of racetracks in the Upper Midwest while still having the ability to compete in a weekly series as well as special high-profile events.