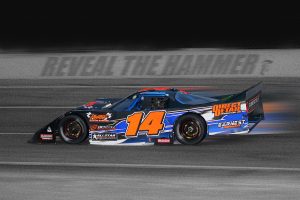 Currently Steve Needles holds the top spot in the RTH Championship, but don’t count out count out Shawn Amor as he only 26 points behind Needles. As the two top points leaders battle for the championship don’t count out Adam Terry, the Roahrig family, Brian Bergekker, or any of the other drivers that are making the trek to Birch Run, Michigan to take the $5,000 first place prize money.

Along with the RTH Op1vet 100, the Birch Run Speedway Dixie Classic event will also host the final race of the season for its track championships. Modifieds, Street Stocks, American Trucks, Outlaw SS, Pure Stocks, and Front Wheel Drives will all take to the track.

Tires will be available at the track for Outlaw Super Late Model Event. Sizes and quantities are limited. Call Donny Klotz –  574.320.8898 for more information.

A touring series designed to support Outlaw Super Late Model competitors looking to compete at a variety of racetracks in the Upper Midwest while still having the ability to compete in a weekly series as well as special high-profile events.

The Second Half Begins at Berlin Raceway